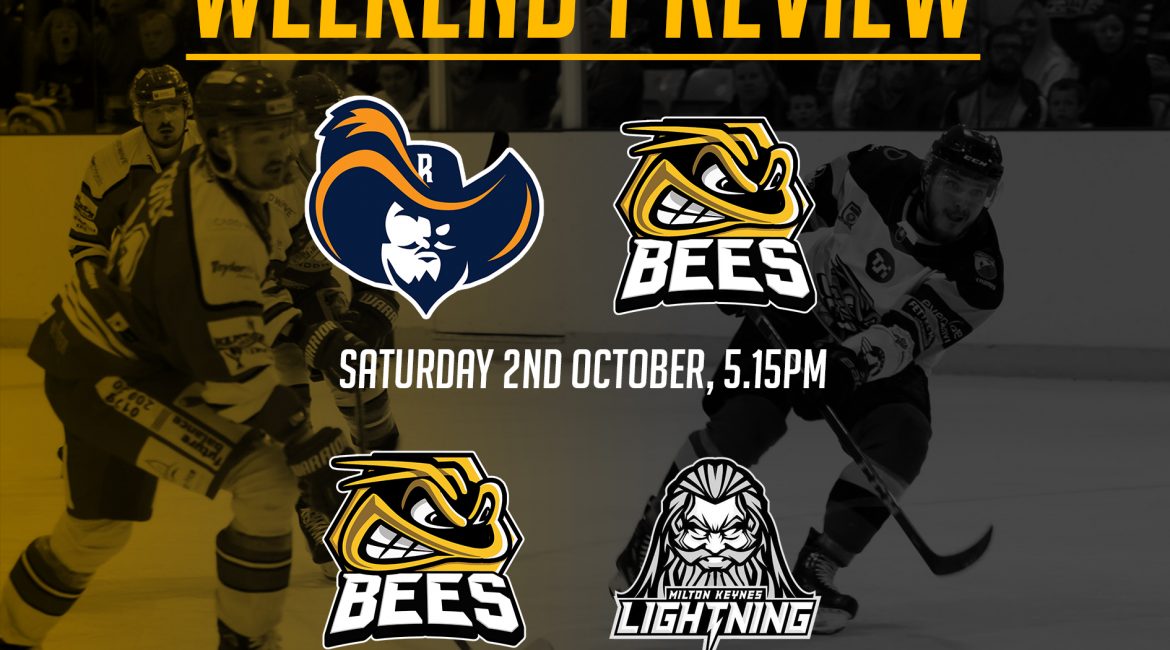 It’s another tough weekend ahead for the TSI World Bees Ice Hockey Club as they travel to Romford on Saturday night to take on the Raiders and return home on Sunday night to welcome Milton Keynes Lightning.

Saturday’s opponents are no strangers to the Bees. Since both teams found themselves in the same league again they’ve built a fierce rivalry that’s continued through the EPL, NIHL and NIHL National. Current bragging lights go to the Bees having won the Everyone Active Cup against the Raiders in pre-season.

This Sunday the Bees take on the Lightning. Lightning missed their game last Sunday with no ice at their home rink and currently sit bottom of the Autumn Cup table going into the weekend. On paper they are a team that’s stacked with out skaters both in defence and up front but lack experience in between the pipes. Matt Smital headed to the Lightning from the Jets, a league below, while Brandon Stones has backed up previously in Sheffield and Milton Keynes leaving no experience starting goaltender with experience at this level.

Bees go into this weekend off the back of a very promising weekend. Travelling to Bretton to face Peterborough Phantoms has always been a tough challenge but one which the Bees took to well last weekend returning with a two goal win.

The high flying Sheffield Steeldogs came to Slough last weekend and couldn’t break away from the Bees for more than 40 minutes of competition. In the end the Steeldogs victory was flattered by a couple of empty net goals but the Bees could leave the ice with their heads held high.

Last weekend saw the return from injury of Dominik Gabaj but the roster was still without both Josh Martin and Ryan Webb. The two influential forwards are being monitored carefully with hope of a speedy return to the line up.

Bees Head Coach Doug Sheppard looked forward to the weekend; “We got the weekend off to the best possible start and I was extremely pleased to see Barely Harewood achieve his first professional hattrick. The whole team were made up for him and that’s what this team is about. Sunday I thought we played a good 60 minutes of hockey and in the end Sheffield were flattered by the winning margin.

This time we have a familiar opponent on Saturday as we meet the Raiders again while Sunday is our first chance to test ourselves against Milton Keynes Lightning this season. The team are up for the challenges ahead and we’re looking forward to both games. We’re taking nothing for granted but we want to play the weekend with confidence.”

Bees take on Raiders at Romford on Saturday in a 5.15pm face-off with Sunday’s home game against Milton Keynes Lightning being a 5.00pm face-off.