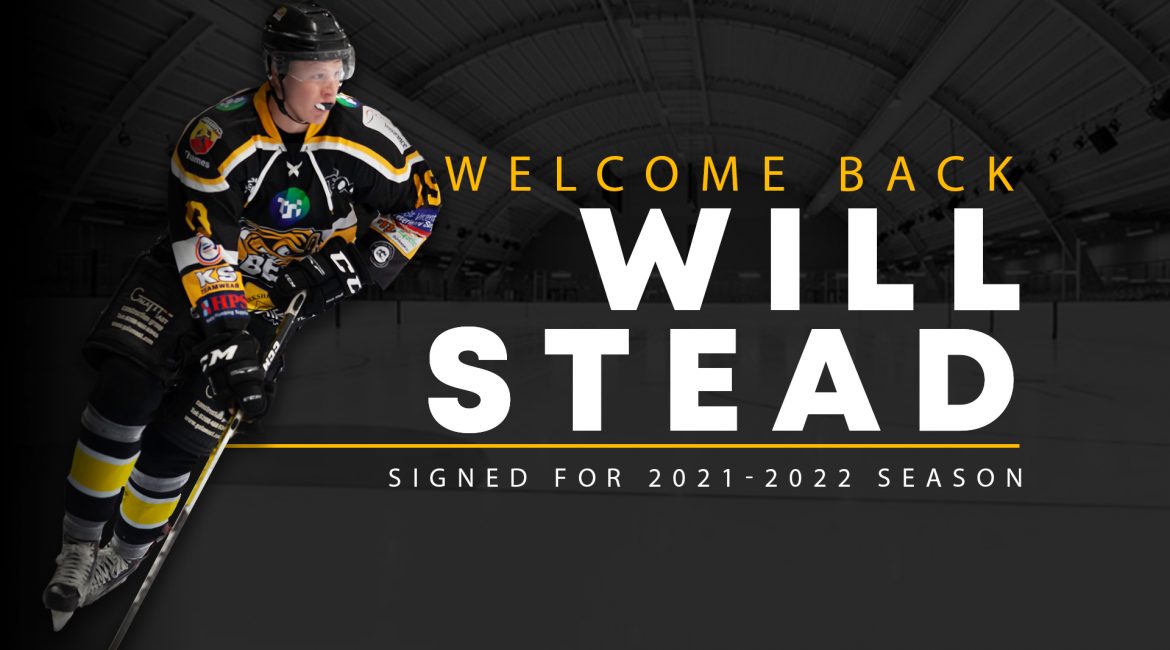 TSI World Bees Head Coach continues building to the new season with the announcement of another returning player as Will Stead becomes the latest player to ink a deal.

22 year old Will was born in Reading and learned his hockey at the Hive representing Bracknell at every age group. He was a member of the Under 18 league winning Drones in 2013/14 and a year later his senior debut came in 2014/15 when he first pulled on a Hornets’ jersey.

With junior hockey over, Will signed for the Bracknell Hornets in NIHL1 in 2016/17 but made 8 guest appearances for the Bees the following season as well as putting up 35 points in 18 games for the Hornets, now in NIHL2.

2018/19 he registered a further 35 points in 27 Hornets’ turnouts before coming to the attention of Doug Sheppard and being signed to the Bees for the following season. His first full season in the Bees’ black, white and gold saw him score 5 goals with a further 7 assists before the season was curtailed due to Coronavirus.

Will was signed to the Bees for last season and finally got to take his place when the Spring Cup Streaming Series got underway.

With the prospect of a full season ahead Doug Sheppard was keen to return the young forward to his roster and said; “Will’s really started to come on towards the end of the 2019-20 season, he upped his game again during the Spring Cup. The Cup competition is where he really impressed, establishing himself as an excellent defensive minded player that can be relied on in all situations.”

Will Stead stands at 6’1” and weighs 161lbs. He shoots right handed.